This spatial installation uses visitors’ text messages to colour the AEC Centre’s interactive media facade. The exhibit converts incoming texts from users into coloured light sequences. Those are “stored” and repeatedly “morsed” through LED elements on the interactive facade.

Across the river, users can aim a decoding device at different parts of the interactive media facade. The light sequence of the targeted facade element is translated and read back to them. Users can aim the reading device across the building while remixing new messages out of those stored inside the media facade. An integrated tex-to-speech voice synthesis spells out the incoming words and sentences, partly scrambled and mixed up. Visitors create a sort of mix-up-poetry piece, coloured and driven by the collective emotions stored in the hull of the building. 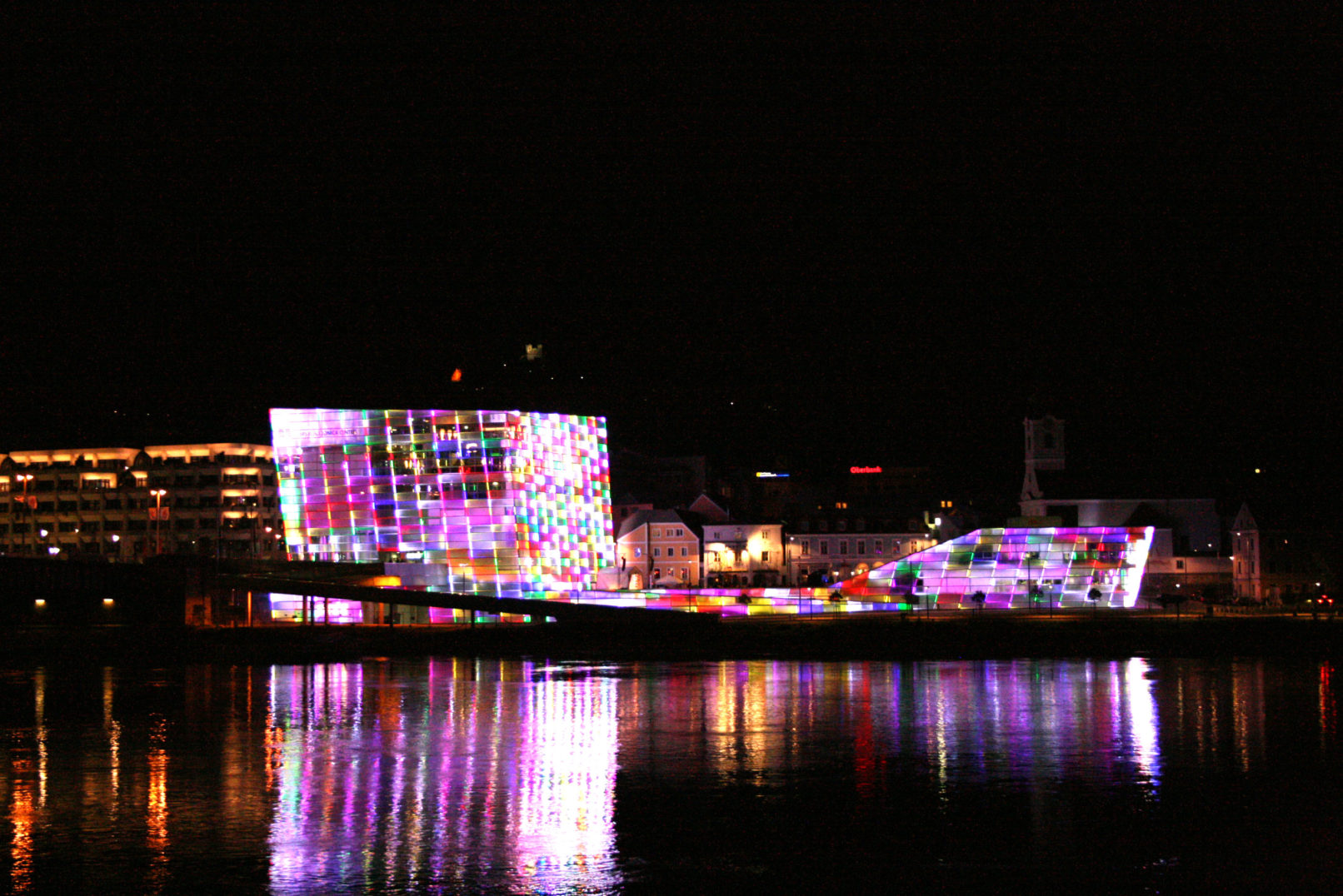 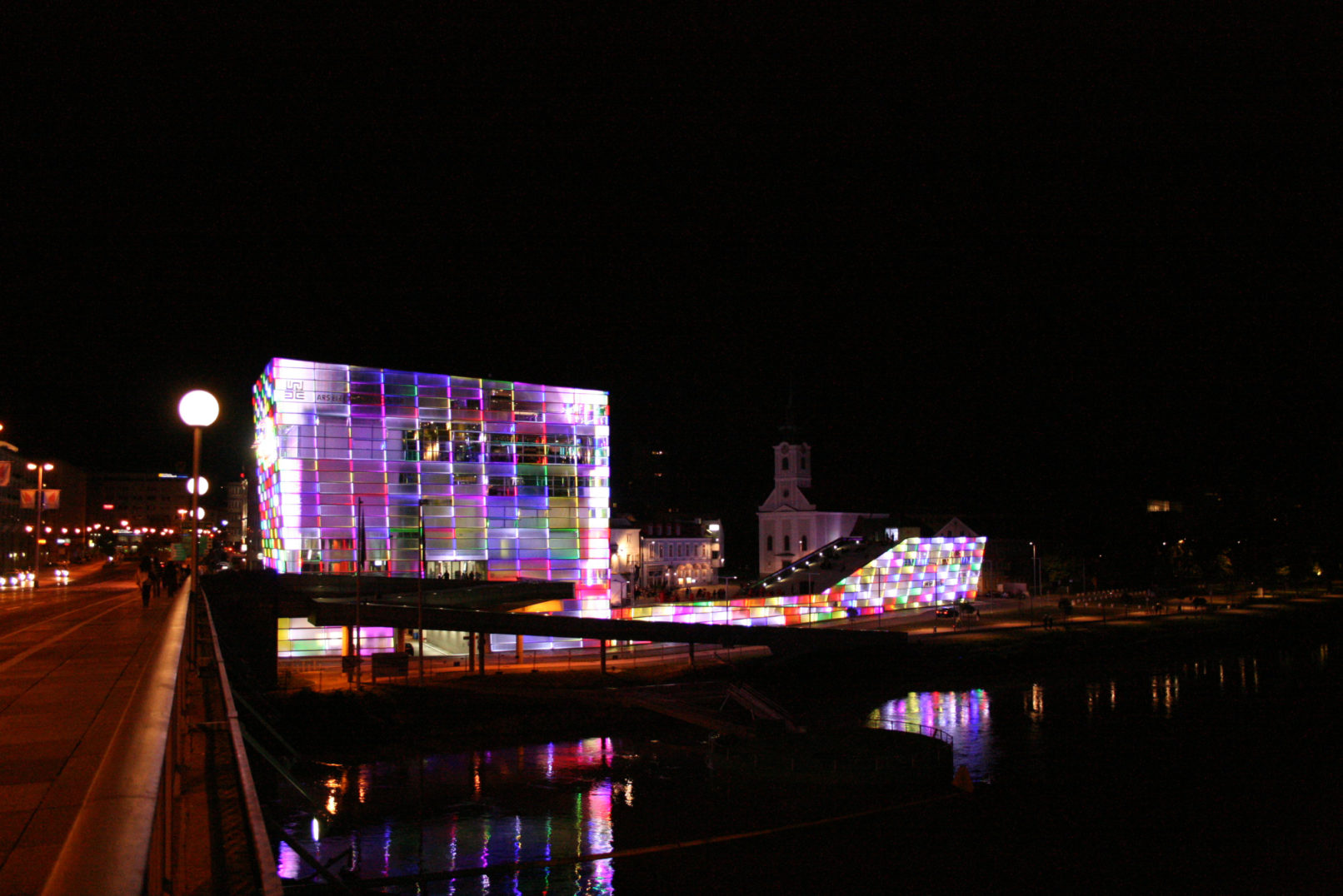