The marketing intervention “Vienne donne le ton” at Gare de Lyon in Paris. Here, visitors can trigger famous Viennese music pieces by playing a specific melody on an interactive floor piano. Users can test their knowledge of or resort to the promotional flyers, which reveal all correct combinations. During the creation of the video material, professional pianists were recorded while performing on a modified grand piano. Parts of the instrument were removed during the video shoot, and later on, mounted on top of an LED wall. Hence, extending the digital picture into physical space. 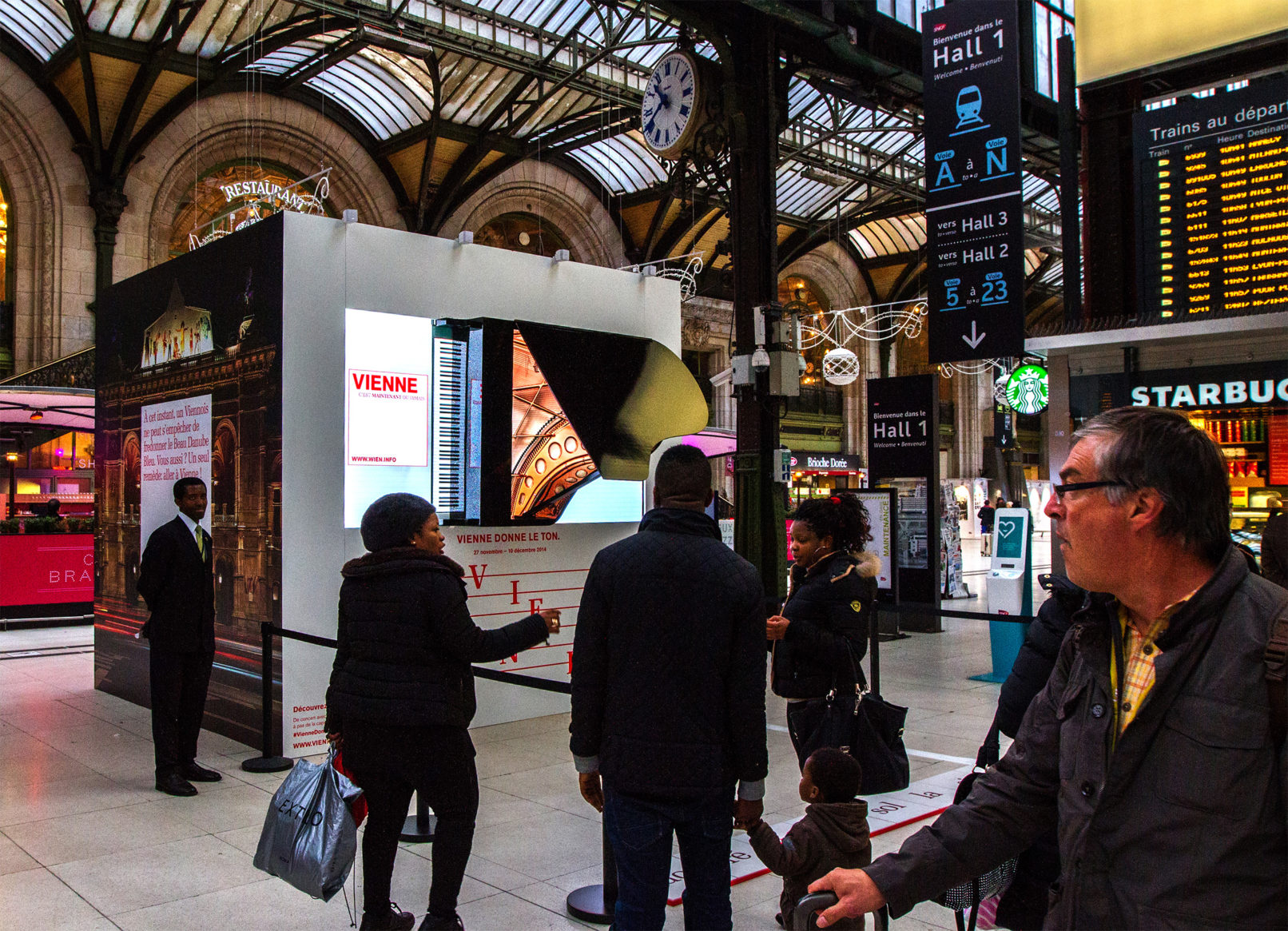 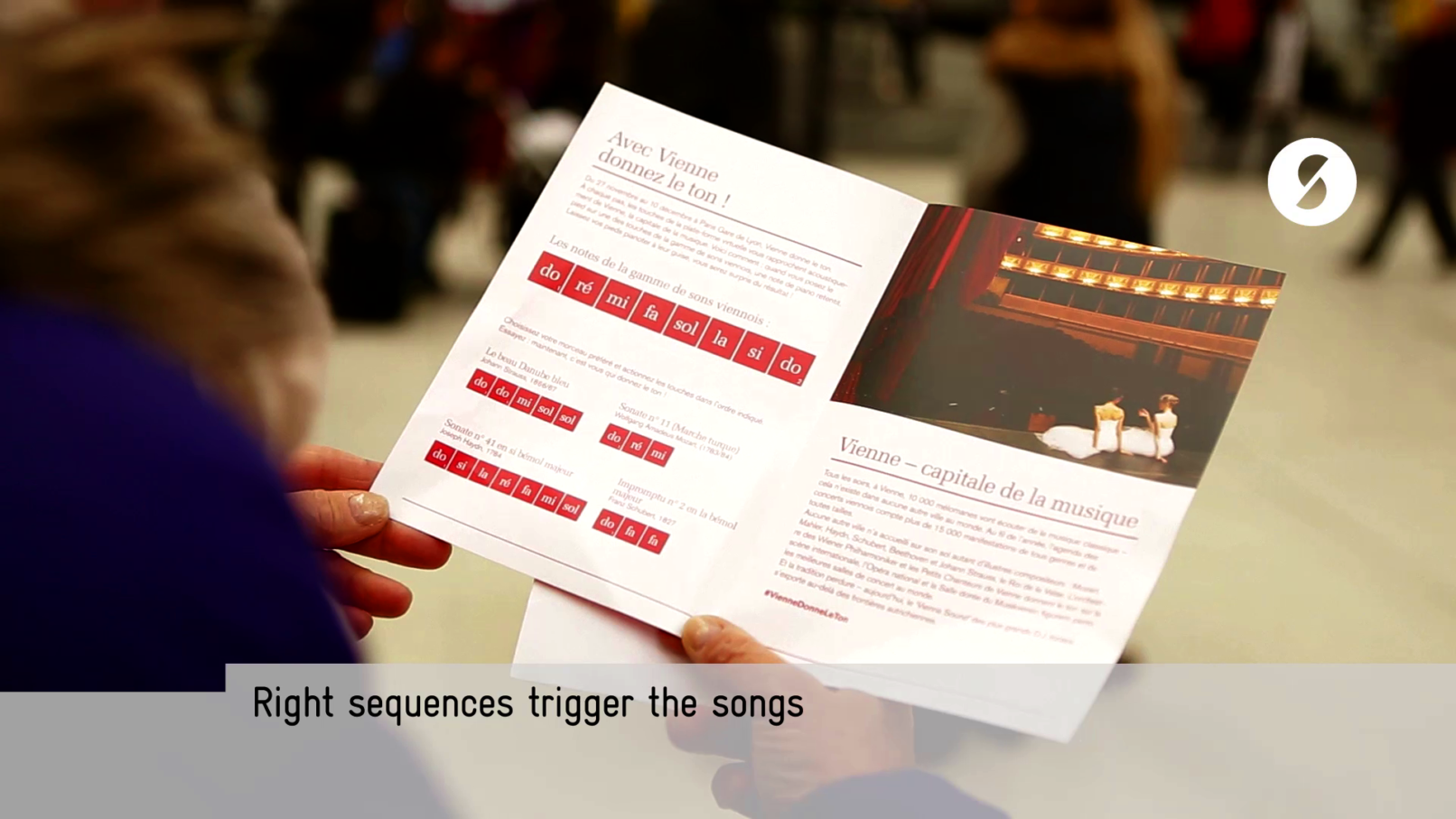 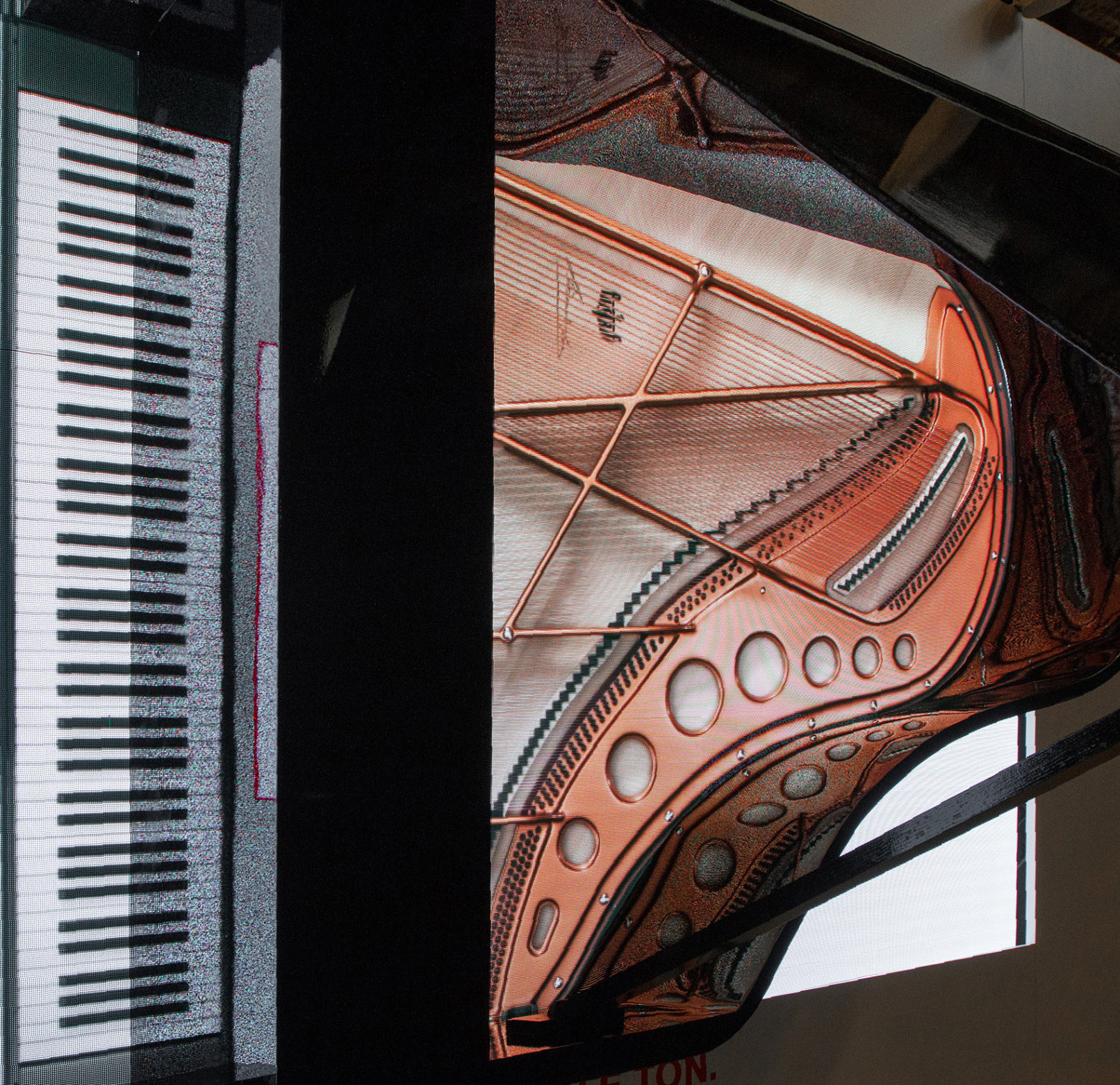 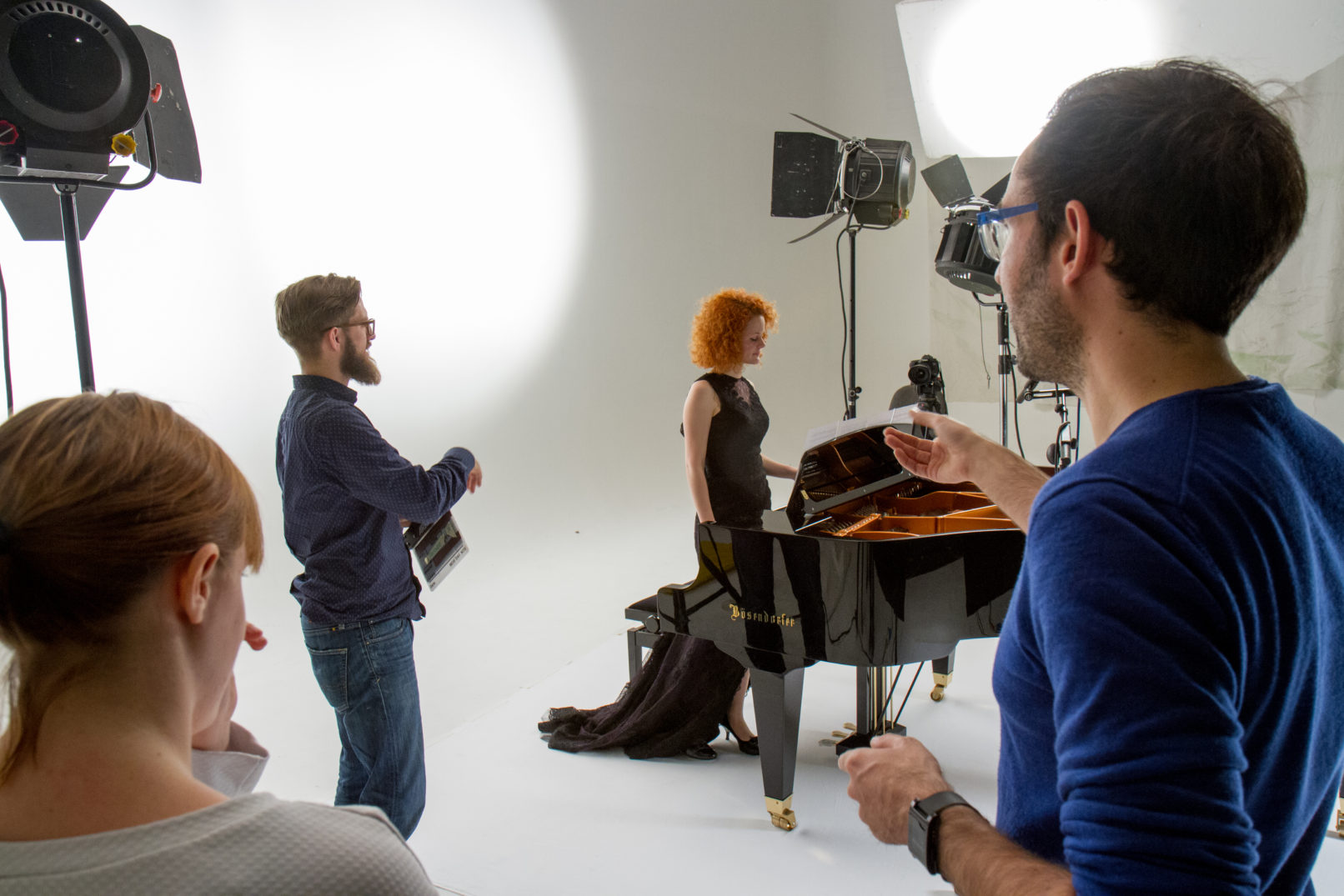